India had a Ministry of Education from Independence until 1985, when the Rajiv Gandhi government changed its name to HRD Ministry and made several associated Departments its part. The RSS has long been in favour of going back to the original name.

The Union Cabinet on Wednesday (July 29) approved the renaming of the Ministry of Human Resource Development (HRD) to the Ministry of Education to more clearly define its work and focus.

With the renaming, the Ministry got back the name that it had started out with after Independence, but which was changed 35 years ago when Rajiv Gandhi was Prime Minister.

Who were some of India’s early Education Ministers?

The Ministry, which was focussed on education from the primary classes to the level of the university, was headed by some of the stalwarts of Indian politics in its early years.

For more than a decade after Independence, the Ministry was led by Maulana Abul Kalam Azad. He was followed by Kalulal Shrimali and the eminent jurist M C Chagla, with the poet-educationist Humayun Kabir holding the portfolio for a short while in between.

The last Education Minister of India was K C Pant, who served in the post in 1984-85, after which the name of the Ministry was changed.

Under what circumstances did the Ministry of Education become HRD?

Upon becoming Prime Minister in 1984, Rajiv Gandhi, who had surrounded himself with a new crop of advisers, showed a restlessness for change and innovation in a number of areas. He accepted a suggestion that all departments related to education should be brought under one roof. 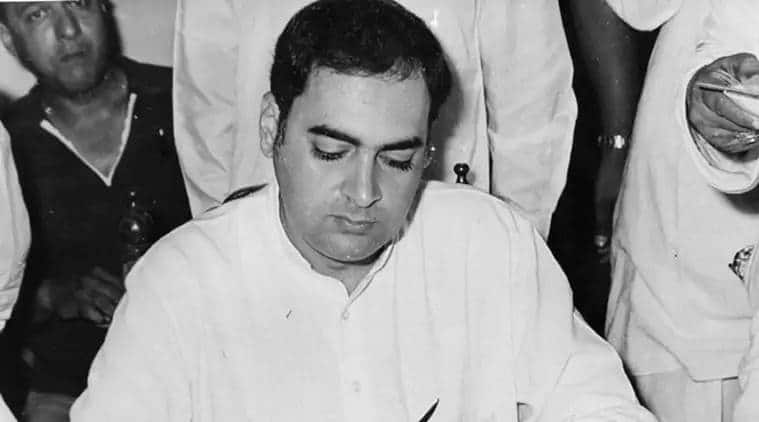 Rajiv Gandhi accepted a suggestion that all departments related to education should be brought under one roof.

Related Departments such as those of Culture and Youth & Sports were brought under the Ministry of HRD, and Ministers of State were appointed. Even the Department of Women and Child Development – which became a separate Ministry with effect from January 30, 2006 – was a Department under the Union HRD Ministry.

There was some opposition from academic circles who complained that the country no longer had a Department with ‘education’ in its name. Some newspapers wrote editorials criticising the change of name.

But the decision had been made, and subsequently, in 1986, the government cleared a new education policy – the second in the country’s history, and one that was to survive until now.

Also in Explained | Moratorium ends in a month, here’s how to manage your home loan

Were changes made in the Ministry even afterward?

Yes, changes were made from time to time. After Atal Bihari Vajpayee became Prime Minister in 1998, the government decided to separate the Department of Culture from the Ministry of HRD. In October 1999, a new Ministry of Culture came into being, with the late Ananth Kumar in charge.

The Department of Youth too, was separated from the Ministry of HRD, and Ananth Kumar was given charge of this new Ministry as well. With these decisions of the Vajpayee government, the HRD Ministry remained ‘HRD’ only in name – for all practical purposes, it was back to being a ministry for education.

Several political heavyweights followed Narasimha Rao in the post. He was succeeded by P Shivshankar in the Rajiv government; and V P Singh, after becoming Prime Minister in 1989, kept charge of the Ministry with himself.

After Rao became Prime Minister in 1991, the portfolio went to first Arjun Singh and then Madhavrao Scindia, with Rao himself taking charge for short periods in between.

Vajpayee kept the Ministry with himself during his first, 13-day government in 1996. S R Bommai was HRD Minister in the H D Deve Gowda and I K Gujral governments, and after Vajpayee returned in 1998, Murli Manohar Joshi took charge of the Ministry until 2004.

Arjun Singh was back as HRD Minister under UPA-1, and was subsequently succeeded by Kapil Sibal and M M Pallam Raju. In the Narendra Modi governments since 2014, Smriti Irani, Prakash Javadekar, and now Ramesh Pokhriyal ‘Nishank’ have headed the Ministry.

The Ministry currently has two Departments – those of School Education & Literacy, and Higher Education.

What is the background of the return to ‘Education Ministry’?

RSS circles have long been in favour of going back to the Ministry’s original name, but the Vajpayee government, which was in controversy over allegations of rewriting textbooks, did not take steps in this direction.

Sources in the RSS say that the idea of renaming had been discussed in the meetings of the Shiksha Samooh of the Sangh (a group of affiliated organisations working in the education sector) on a number of occasions over the last six years of the Modi government – and that some of these organisations had also made written submissions in this regard.

On September 29, 2018, when Javadekar was HRD Minister, at a conference on “Academic Leadership on Education for Resurgence” organised at New Delhi’s Vigyan Bhawan by the Indira Gandhi National Centre for the Arts, Prime Minister Modi was asked to rename the Ministry as the Education Ministry. Modi had inaugurated the conference, and Javadekar had concluded it.

Among the voluminous suggestions received by the government during the consultations on the draft of the new education policy prepared by the Dr K Kasturirangan Committee, there were several that asked for the renaming of the HRD Ministry, sources said.