In the autonomous region of Inner Mongolia in China, a move to reduce teaching in the Mongolian language in favour of Mandarin has led to rare mass protests and concern among the Mongolian diaspora in Australia.

It started as thousands of parents, grandparents, and teachers peacefully signing petitions with their fingerprints, stamped in red, voicing their opposition to a new language policy when it was first flagged in late August.

But it soon turned into rare large gatherings outside schools, with people chanting protest slogans and singing when the semester recommenced at the start of this month.

In Inner Mongolia, an autonomous region in China, it has been mandated that three subjects – morality and law (politics), history, and literature – be taught in Mandarin, China’s official language, over a staggered three-year period using state compiled textbooks.

The outcry over the policy sparked a swift clampdown by the region’s authorities, who have moved to delete social media posts of those criticising it and arrest those involved in the protests. A petition signed by parents and teachers.
Supplied

The Southern Mongolian Human Rights Information Centre in New York has accused the Chinese government of trying to destroy Mongolian culture and estimated 4,000 to 5,000 people had been put into some kind of police custody during three weeks of protests. It also claimed nine people had suicided in protest over the language changes.

“Where Mongolian parents have not sent their children to school, local public security bureaus have reacted by disseminating photos of people protesting and using a carrot and stick approach,” he told SBS News.

Many people from the Mongolian diaspora living in Australia who SBS News approached expressed concerns about what was happening to the region but declined to be interviewed citing security concerns for their family still living in Inner Mongolia.

But Melbourne-based Jiranhuar Jiranhuar, who migrated to Australia from Inner Mongolia in 2010, shared the sadness she was feeling.

The Mongolian language is “part of our identity”, she said, adding that because of its minority status, she feels an additional desire to hold onto it. 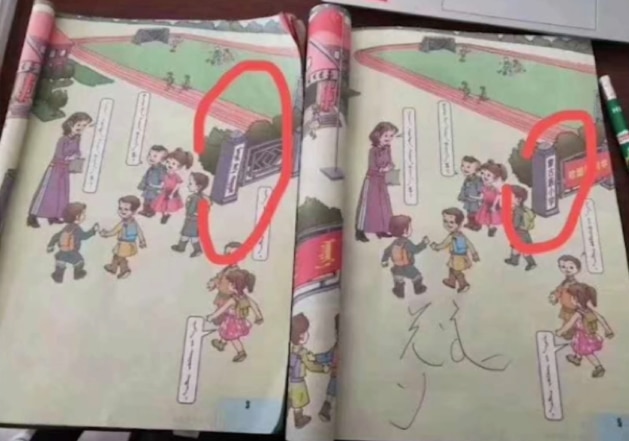 Mongolian characters will be replaced by Chinese characters in Mongolian textbooks.
Supplied

“I feel extremely sad [to hear what is happening in Inner Mongolia], it affects my everyday life, I can’t sleep or eat well because I know how important it is for us.

“If we naturally lose our language, that’s fine, we take it, but this is the start of man-made genocide of our culture, it’s very sad.”

She also fears the new directive will accelerate the assimilation of Mongolians into Chinese culture, she said.

Prior to the recent changes, Mongolian-language education had been allowed a degree of freedom not seen in the more restive minority regions of Tibet and Xinjiang. In those regions, Tibetan and Uighur language education became increasingly restricted from the early 2000s. 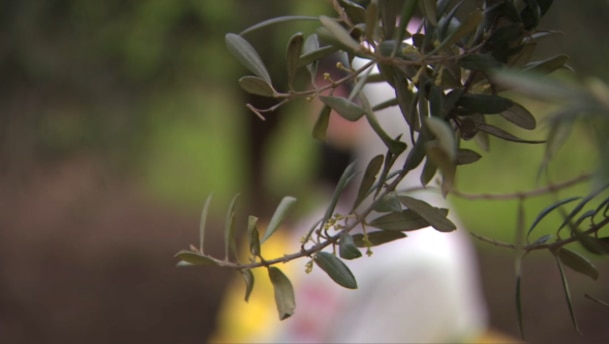 Baatar* is an ethnic Mongolian, currently living in Australia on a temporary visa.
SBS News

Baatar*, who is also from Inner Mongolia and in Australia on a temporary visa, agreed to speak on the condition of anonymity after receiving threats.

“A few weeks ago, I received a threatening call from Chinese local authorities. They said if I speak about the issues in Inner Mongolia openly, say on social media, that I will be withdrawn from Australia,” he said.

He too said many of his relatives had been subject to warnings and threats from local authorities in efforts to force students back into the classroom.

“Because of the intense pressure in the last few days, I heard many of my extended relatives and people I keep in contact with on social media have sent students back to class,” he said.

“Our culture and language is the last thing that can define us as Mongolian. I am very sad about that because if the children in the school are not taught in Mongolian for some of the key subjects, and can only learn mother tongue treated as a foreign language, their language skills will deteriorate in foreseeable future – so it’s going to be a huge loss.”

Though China’s constitution guarantees the country’s ethnic minorities the “freedom to use and develop their own spoken and written languages”, those protesting the shift say the new policies violate such promises.

Canberra-based sociolinguistics scholar Dr Gegentuul Baioud said the fears of those in Australia’s diaspora were justified.

The Mongolian language is already fragile, she said, and has “entered the early stages of endangerment”.

Assistant Professor Sorace said the efforts by regional authorities to silence dissent around the language policy has put a tremendous amount of pressure on parents and teachers.

“In relation to the school principal’s [alleged] suicide, you can see the effects of the pressure of having to implement policies that simultaneously undermines one’s own ethnic identity and loyalty,” Assistant Professor Sorace said.

Weeks earlier, a 33-year-old ethnic Mongolian woman named Surnaa died by suicide in what her family said in posts on WeChat, seen by SBS News, was as an act of protest over the language policy. 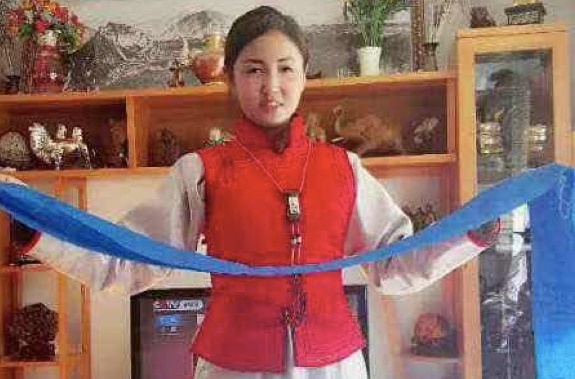 Surnaa’s family says her death was an act of protest.
Supplied

Her husband Altangbagan posted: “Lately, she has been deeply worried about the situation with the language and sacrificed by giving her life away. People need to know about this”.

But a police notice, also seen by SBS News, stated the suicide was caused by depression and mental disorder and unrelated to the new policy. SBS News has also seen two videos of her husband appearing to demand questions of local authorities in relation to her death.

While Mongolian schools in China already had some Mandarin language education, Mandarin must now be taught from first grade, one year earlier than before.

China has said the policy will help ensure the curriculum and textbooks are of the highest standard.

In a statement published earlier this month, the regional authority in Inner Mongolia reportedly stressed the importance of “strengthening national language education in ethnic areas”.

Officials have insisted there will still be room for Mongolian language teaching in other subjects and grades, and authorities have also said it will improve the job prospects of ethnic minority students.

Mr Sorace said parents have been offered additional subsidies if they send their children back to school, but that parents, especially those working in the public service sector have also been threatened with being suspended or fired them from their jobs. SBS News has seen posts on Chinese social media announcing job demotions to public service workers.

Mis tuits
Amid suicide and threats to their language, ethnic Mongolians in Australia cautiously speak out – Sarraute Educación María Magdalena

Sarraute Educación Amid suicide and threats to their language, ethnic Mongolians in Australia cautiously speak out
A %d blogueros les gusta esto: