Kabelo Maaka and Dr. Tshepo P. Maaka’s animated short, ‘3 Teaspoons of Sugar,’ which competed in Annecy 2020, artfully presents needed information about the dangers and difficulties faced by people with disease.

A single doctor and three animators have found a way to grow South Africa’s animation industry while simultaneously teaching audiences about the dangers, and emotional journey, that come with a diagnosis of diabetes.

Founded in Johannesburg in 2017, Cabblow Studios is entirely female-led, the brainchild of Kabelo Maaka, Cabblow’s creative director and lead animator, and her mother, Dr. Tshepo P. Maaka (also known as Dr. T in Cabblow’s animations) who is the director of business development and producer for the studio’s medical animations.

Cabblow Studios, “full of quirk, Jesus and black girl magic” as stated on their website, specializes in creating animated content for local and international pharmaceutical, insurance, and wellness companies. But they’ve also produced their first short film, 3 Teaspoons of Sugar, which competed at the 2019 Africa Rising International Film Festival and the 2020 Annecy International Animation Festival. The film, and Cabblow’s 6-episode animated series, What is Type 2 Diabetes? currently in development, share the testimonies of those living with diabetes and the struggles that come with adapting to a new way of life.

“It’s one of those diseases that people think it’s okay to just have, like it’s like a handbag that you just carry around,” says Dr. T, a medical practitioner and anesthesiologist of 26 years. “They don’t realize how serious it is and that’s why we need to educate people about diabetes.”

Kabelo adds, “You go on an emotional journey with the characters and we give you the information without overwhelming you. We want our animation to still be a beautiful art form; all that we’re doing is giving it a medical theme.”

The idea for starting her own medically-focused animation studio began when Kabelo was asked by her mother to create an animation explaining to Dr. T’s patients what an anesthesiologist does in an effort to make them more comfortable during their appointments. That animation became Cabblow Studios’ pilot project in promoting critical information through medical animation. 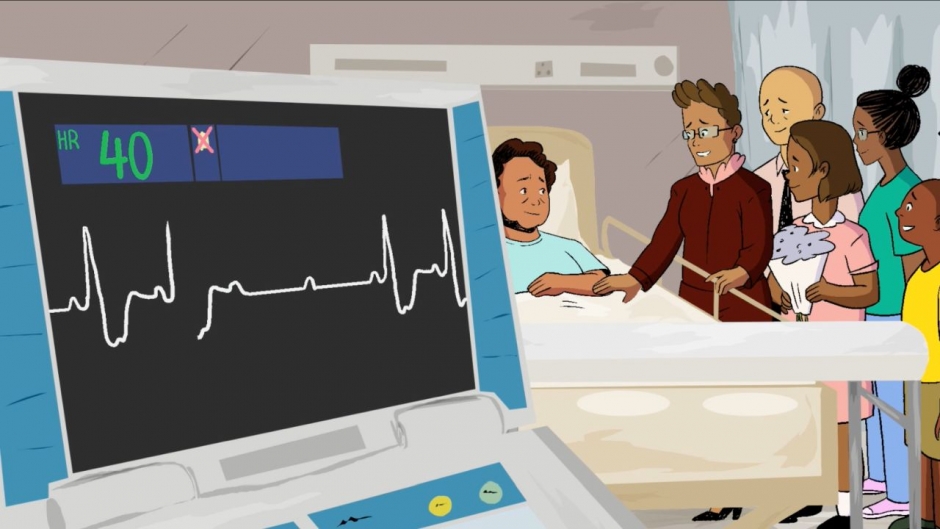 “After I finished film school, I was trying to figure out, ‘What do I do now?’ because in South Africa, unemployment is around 51% and the animation industry is still growing,” says Kabelo, who graduated from AFDA, the South African School of Motion Picture Medium and Live Performance.  “So, after creating that first animation for my mom’s patients, I decided to hire myself. It’s really worked out for us. Doing medical animation has really helped to set us apart from the rest of the animation industry.”

Cabblow’s 2D animations, which Kabelo describes as “realistic, but fairly cute,” are also set apart in how they draw from the Maaka family’s own experience with diabetes; the testimonies in 3 Teaspoons of Sugar being from Kabelo’s aunt “The Sue,” her grandmother “Mama K” and the family’s matriarch “La La.”

“It wasn’t easy,” Kabelo shares. “At first, our family was like, ‘What is this?’ But as we talked with them, they became more open with us. And when they saw the film, then they realized what it was that we were making. And then it held more of a place in their everyday life. My Aunt, who is in the short film, often asks, ‘So how’s 3 Teaspoons doing?’ It holds a special place in their lives as well.” 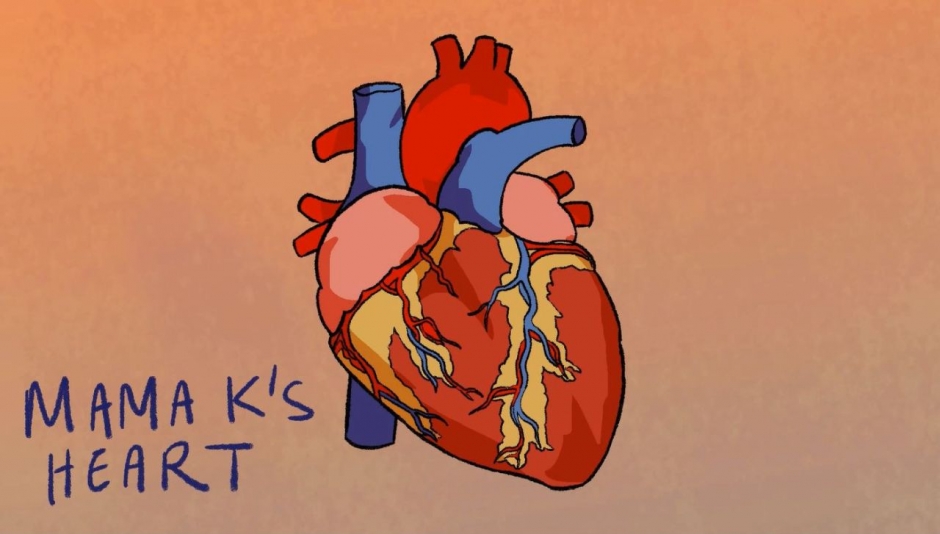 Among the challenges that came with animating a film that touches on heavy medical subjects like dialysis, excessive blood draws, and the loss of pregnancy and vision due to diabetes, Kabelo says that one of the most difficult scenes to animate was the highly detailed shot of Mama K’s beating heart, showcasing the effects of diabetes on vital organs. “We had to look for actual reference videos of hearts pumping, and it was really weird,” she recalls. “I mean, I know I have a heart inside of me, but it was like, ‘Can we just keep it inside? Do I have to look at this?’ But, as an animator, really getting to dive into anatomy, it reminds us why we need to stay healthy and the importance of these animations. Seeing the heart pumping, you’re like, ‘Okay, I understand.’”

Dr. T adds, “If you want to animate a body part or an organ, it has to really be accurate. We also wanted to have a detailed animation style that could depict strong emotions. If we were talking about somebody that is not well, we wanted to show how somebody has a high temperature, for instance, or is in pain, or is in agony.”

From sweat droplets and brow wrinkles, to including natural vocal pauses and nervous hand twitches, Cabblow’s character animation truly aims to get viewers inside the minds of patients in a medical battle. Cabblow’s storyboards and rough animation sketches are also featured on their website.

“It’s medical, so it still has to be weighty, but it doesn’t have to be horrifying,” says Kabelo. 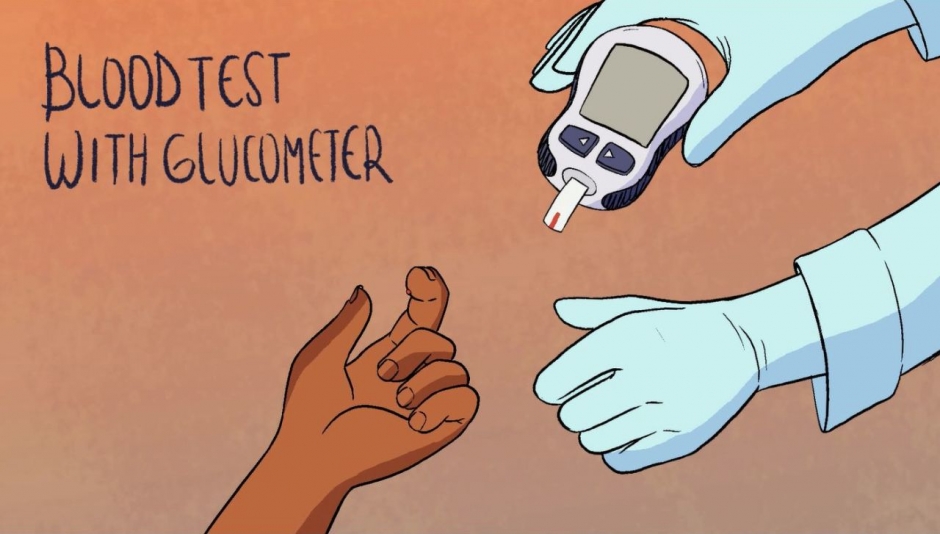 “And, believe me, it can be very horrifying,” interjects Dr. T. “Opening up an abdomen or to see the things that we see as doctors can be very horrifying. I think the animation lets it be as palatable as possible. I believe that, because Kabelo is very skilled in character animation and character illustration, the animation style for our animations has been done well, because of her detail. Some people can only imagine what it looks like, but animation makes it real.”

In addition to their short film and animated series, Cabblow also produces an almost weekly animation short called Dr. T’s Nuggets which feature a Ms. Frizzle-esc Dr. T giving health tips and reminders for the COVID pandemic as well as teaching about fun, lesser-known medical facts, such as why fingers wrinkle in water.

“It has unleashed the comedian and the creative in me,” says Dr. T. “And I think, after COVID, we will have some interesting nuggets to discuss. I’ve seen some crazy things in the hospital.” 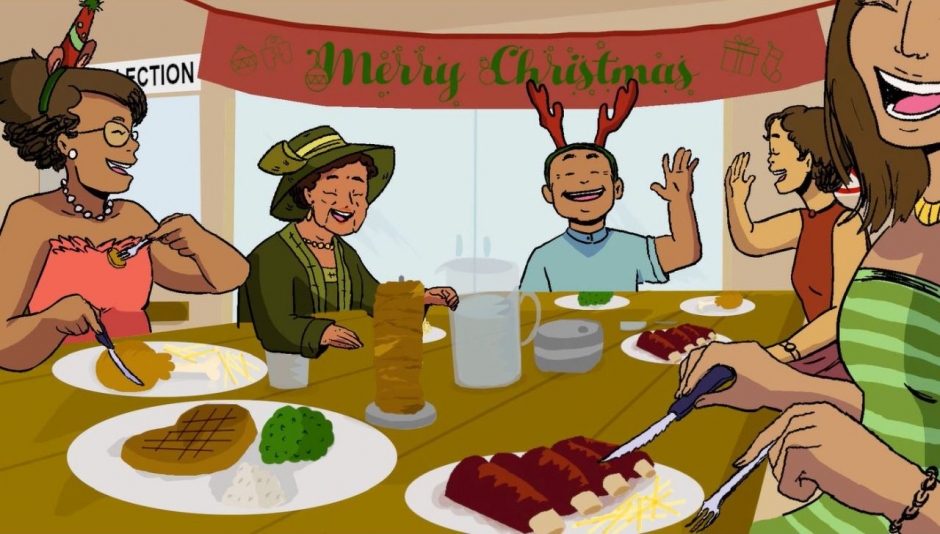 Cabblow Studios is also working on a sequel to their 3 Teaspoons of Sugar, called Little Teaspoon of Sugar, focusing on childrens’ battles and victories with diabetes. The sequel was inspired by a child Dr. T diagnosed last year. “The child was really at a dangerous phase with the diabetes,” explains Kabelo. “If she hadn’t been diagnosed correctly, she might have lost her life.”

“I don’t usually get scared,” notes Dr. T. “But when I saw that child, my knees were shaking. And when I spoke to my colleague, a pediatrician, he said, ‘You know, if you hadn’t done something that quickly that child would have been gone in one week.’ And so, this story is very emotional for us. And that’s why it must be told. So, you can expect a lot of emotion, much more than in the first film.”

“This new animation will not only be about how diabetes affects a young life,” Kabelo continues. “But also, how you can still live a full life with diabetes.”

Though Cabblow is still an intimate operation of four, the studio has contracted with over 50 animators around the world for their larger projects. Kabelo and Dr. T hope to expand Cabblow’s own team numbers to “well over 50 animators” within the next five years and provide more opportunities to animators in South Africa and medical education worldwide, tackling more topics such as cancer and strokes in their animations. 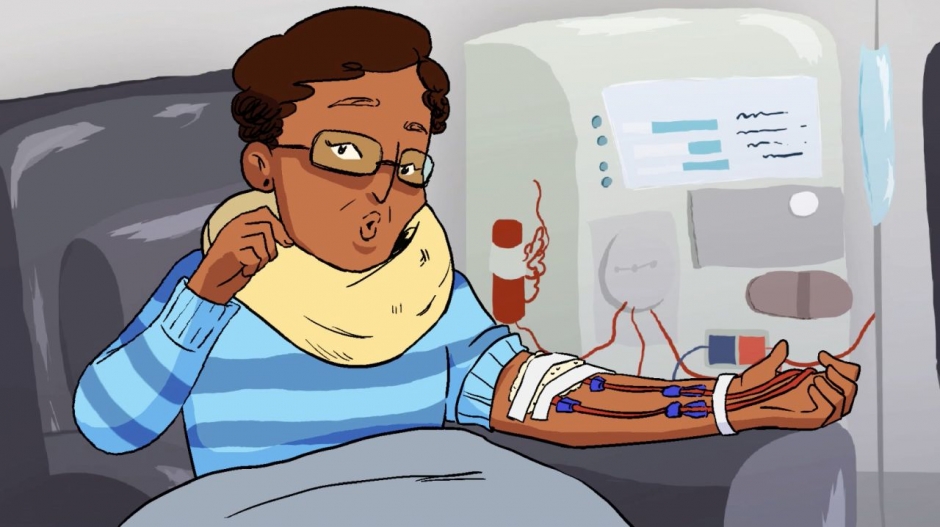 “This experience has challenged me to take what I know about animation and use it in a really unusual and unexpected context,” says Kabelo. “Every time I overcome the hurdle of translating complicated medical content into something that’s interesting and entertaining, or when the audience is like, ‘I get it,’ that’s very rewarding. And it’s always better than what I imagined.”

Dr. T also says working with her daughter at Cabblow has enhanced her call as a doctor. “That I could combine medicine, something that I’ve been passionate about for 26 years, with artistry in animation, I never thought I could ever do that,” she says. “This doctor can have fun. This doctor can educate in a fun manner. And I can do that while working with my daughter. And I can still be in an industry that I’m called to be in, but on a bigger scale because medical animation allows us to impart information or to a larger group of people throughout the world. I’m looking forward to many years of producing beautiful animated content.”

3 Teaspoons of Sugar can be viewed on Vimeo through Cabblow Studios’ website. You can watch more trailers and some of the studios’ shorts on their YouTube channel.

+Victoria Davis is a full-time, freelance journalist and part-time Otaku with an affinity for all things anime. She’s reported on numerous stories from activist news to entertainment. Find more about her work at victoriadavisdepiction.com.