Chancellor Angela Merkel’s digital advisor has called for far-reaching reforms to help catch up with the US, China and others, saying the division of power enshrined in the constitution is hampering much-needed progress.

Schools with outdated computers. Health authorities relying on fax machines. Town offices that offer few or none of their services online — that’s the reality in Germany in 2021.

Eight years after German Chancellor Angela Merkel was famously ridiculed for referring to the internet as “unchartered territory,” the response to the coronavirus pandemic exposed how digital shortcomings continue to plague Germany’s public sector — perplexing observers around the world.

Why, they wonder, can’t Europe’s richest country modernize and digitalize its administration? 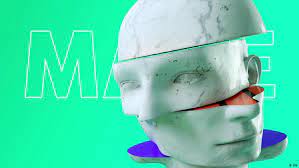 “The system was designed when there were no platforms … no digitalization, no IT,” Katrin Suder, the chair of the Digital Council government advisory board, says in the latest episode of DW’s “Merkel’s last dance” podcast.

As a safeguard enshrined in West Germany’s post-war constitution in 1949 to prevent concentration of power, Germany’s 16 states shape their own policies on areas including health, culture, and education.

But this division of power has prevented the country from pushing ahead with the modernization of its public sectors, Suder argues. She believes, therefore, that more clout should be given to the federal government in Berlin.

“This is a redistribution of power, of course, but it is for a better cause,” Suder believes.

For years, experts have warned that Germany’s public sector is lagging behind when it comes to technological innovation. In a recent EU report, Germany was ranked 21st out of the bloc’s 27 member countries plus the UK when it comes to offering online services to its citizens.

But it wasn’t until coronavirus contact restrictions pushed large parts of work and life online that this reality began to affect many Germans.

People had problems working from home due to patchy internet connections. And across the country, schools lacked basic technology for remote learning.

“This is a huge problem,” Suder said about the situation at schools: “It’s about our children — the R&D of our nation.”

The “root cause” of the problem, she argues, is that states oversee education in Germany.

This has prevented the country from pooling resources and developing one national e-learning platform which all states can adapt to their purposes, she says. Instead, a patchwork of various e-learning tools is used across the country, resulting in vast differences in the quality of learning.

“We have to find ways to change that,” Suder urges, “including in our constitutional setup.” 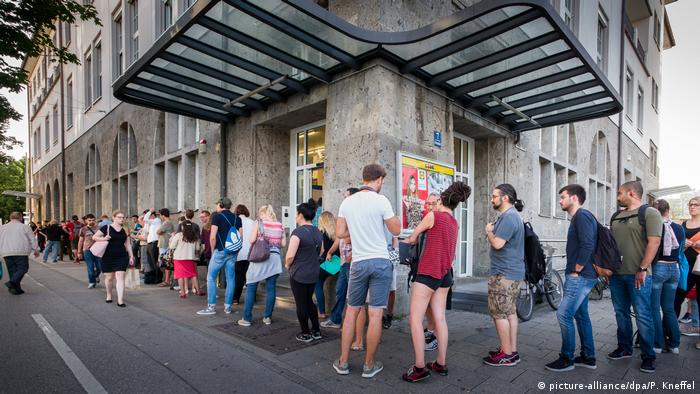 Town halls across Germany were slow to adapt during the pandemic, offering few — or none — of their key services online

Could a digital affairs ministry be the solution?

More political reforms are needed to bring Germany’s public sector up to date, Suder is convinced.

She believes a dedicated ministry for digital affairs could be part of the solution. “But we have to be super careful how we set it up,” she warns, “because if we set it up in the wrong way, we create a bunch of new problems.”

The office should have its own budget and staff, she believes. It should coordinate efforts across all ministries while also taking the lead on selected policy initiatives. Soon, the ministry could, for example, oversee efforts like developing Germany’s data strategy — something that has so far been one of the many tasks for Merkel’s chancellery.

“But one new ministry alone will not change the game,” Suder cautions.

Germany also needs to get better at hiring digital experts for government jobs, she says.

People working in administration need to become more enthusiastic about the new possibilities that come with digital transformation.

“If we can bring people a bit to this mindset … that it can be fun, then I think we have a chance,” Suder says.

Sarraute Educación Germany and digitalization: Why can’t Europe’s richest country get up to speed?
A %d blogueros les gusta esto: