While China has barred private tutoring for high school students during the weekend and vacation periods, in South Korea the private tuition industry is flourishing. Fabian Kretschmer reports from Beijing.

One needs only go to Daechi-dong to observe the importance of education in South Korean society. This district in southeastern Seoul is home to hundreds of privately-run schools where students can brush up on their math, English and most other subjects. While the students swot, their parents wait in their cars, sometimes as late as 10 p.m. when the schools have to close.

In July, the Chinese government clamped down on the similarly lucrative private tutoring industry in China. Now, only not-for-profit companies are allowed to tutor in the core curriculum subjects and foreign investment has been barred, which has led to billions of losses in stocks.

The government wants to make education less dependent on parental income and thus help to relieve the pressure on the middle class, as well as on schoolchildren.

For decades, South Korea has tried to regulate the for-profit private tutoring sector for decades, with varying success. According to the South Korean Bureau of Statistics, almost three-quarters of schoolchildren took private school classes in 2019. According to the OECD, the average expenditure on private education is higher per child in South Korea than in any other Asian state.

First hagwon set up by US missionary

South Korean private tutoring schools are called “Hagwon.” The first modern hagwon was founded in 1885 by the US Methodist missionary Henry Appenzeller, who spoke fluent German and French as well as English. His mother was Swiss, and, like his father, she was a member of the German Reformed Church in Pennsylvania.

Though Appenzeller set up his Paichai school as a cover for missionary work, which at the time was not allowed, Koreans soon started using it to learn English.

A century later, President Chun Doo-hwan, the last authoritarian ruler before direct presidential elections were introduced in 1987 and civil rights were restored, declared war on the private tutoring sector. One of his first official moves in 1980 was to ban all extracurricular private lessons. His motivation was similar to that of the Chinese government today: The idea was that access to education should be fairer and there should be less financial burden on parents. The low birth rate is partly attributed to the fact that prospective parents worry about how to educate their offspring.

In the 1980s, the population largely welcomed the measure because the idea of an egalitarian society is firmly anchored in South Korea’s moral value system. Many rejected the idea that the richer sections of the population could “buy” better education for their children thanks to expensive tutors. This was also one of the reasons for the introduction of compulsory school uniforms, which was supposed to disguise class differences. Critics, on the other hand, felt that their freedom to give their offspring better opportunities was being restricted.

The ban lasted about 10 years — until university students were given permission to work as private tutors and later the government gave licenses to a few educational institutes. But it was still against the law to organize private tutoring and there were frequent raids in the 1990s and heavy fines for any teachers who were caught. Some even landed in jail. 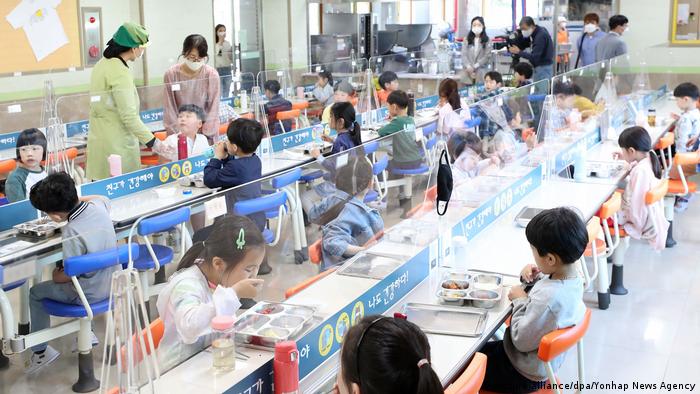 ‘Nothing will stand between Koreansandtheir children’s education’

In the end, the government’s strategy failed across the board because South Korea’s wealthier class kept finding ways to circumvent the laws.  TK, the US-based Korean blogger of Ask A Korean, tweeted that nothing will stand between Koreans and their children’s education. He said the law only served to drive up the cost of private tutoring, explaining that his own father had even benefitted. Once the day job as a high school teacher was finished, the father went on to tutor illegally and was able to buy his own apartment with his savings.

In 1998, the president of Seoul National University, the country’s most prestigious educational establishment, was even forced to resign after it was revealed that he had organized private tutoring for his daughter.

At the beginning of the new millennium, South Korea’s constitutional court lifted all restrictions on private tutoring after ruling that they violated the right of the population to educate its children.

This did not end the matter, however. The rules remained strict and it was still forbidden to overcharge for tutoring, even if it was not entirely clear what overcharging meant. About 10 years ago, the conservative government of President Lee Myung-bak stipulated that private tuition schools could not open after 10 p.m. so that children got enough sleep.

The current left-leaning President Moon Jae-in has also waged a crusade on elite schools and exclusive private tuition establishments. Establishments that charge more than the equivalent of over €700 ($830) a month per child are to be closed down at the first violation. According to the OECD, the average household net-adjusted disposable income per capita is almost €18,500 (almost $22 000) a year.

Too much pressure on children

As of 2020, there were over 73,000 private tutoring establishments in South Korea and about half of them were in the capital where their advertising campaigns are a prominent part of the urban landscape. The schools are also partly responsible for driving up real estate prices, such as in Seoul’s upmarket Gangnam district. This is because many parents want to live near the best educational systems to give their children a better chance at getting into the country’s top universities, such as Seoul National University, Korea University and Yonsei University. 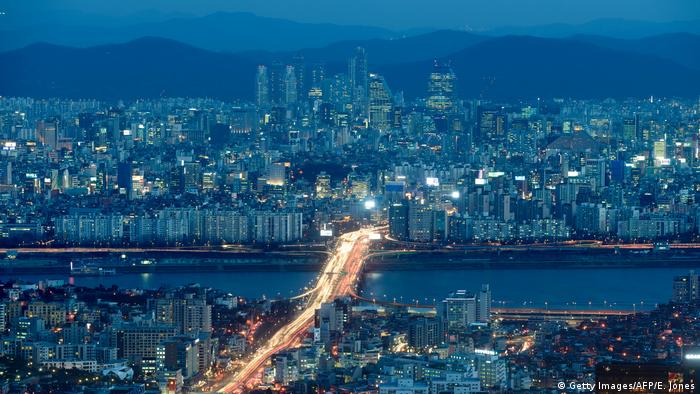 Various South Korean governments have been forced to acknowledge that bans on private tutoring are not the answer — Koreans will continue to spend considerably on their children’s education. Birth rates remain low because of financial constraints and although students from Asia perform significantly better than those from Europe, according to the OECD’s program for International Student Assessment (PISA), many South Korean schoolchildren suffer enormously from the pressure.

The COVID-19 pandemic has forced many hagwons to close, a move that stressed students were very pleased about. But unfortunately for them, the closures — at least for now — are only temporary.