As German clubs, pubs and offices are again filling up with people, university students remain locked out of lecture halls. They feel cheated of their education.

Two steps from his bed to his desk, every morning for 18 months. That’s how far Cinar Alpdundar has had to move to go to class at the University of Bonn since the pandemic began.

Like many others, the 20-year-old undergraduate, who moved here from Turkey, spent the last three semesters cooped up in a spartan 13-square-meter (140-square-foot) room in an apartment he shares with two roommates.  And there’s no clearn end in sight — even though offices, restaurants and clubs are filling up again.

“I just don’t have any motivation anymore. And I love math. It’s what I’ve loved the most since I was 16, and what I’m best at. But now, there are moments when I just want to quit,” Alpdundar told DW.

His frustration echoes the sentiment of many of the 3 million students currently enrolled in higher education in Germany.

Worse still, many fear gaping holes in their education, and worry that their calls of concern are remaining unheard. 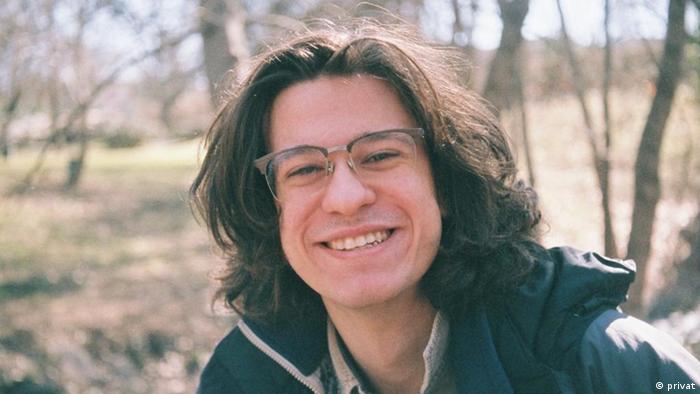 Cinar Mustafa Alpdündar, 20, struggles with virtual learning and was close to quitting his maths studies two months ago

The academic impact of online learning

Initial surveys offer a scathing review of the virtual university experience over the past 18 months. According to a study by the University of Trier from 2021, 60% of university students are worried about their academic performance, and about 70% are experiencing trouble focusing.

According to Alpdundar, who came to Bonn when he was 18 years old, the empty lecture halls of past semesters have affected his academic development. Before the pandemic, he was an overachiever, getting the highest scores. Now, he shakes his head when he talks about his performance.

“During virtual lectures and seminars, I ask fewer questions when I don’t understand something. There is more of a mental barrier to turn on the microphone and speak up.”

Raquel Capella, who is originally from Rio de Janeiro, moved to Germany last October to get her master’s degree in environmental science in the western city of Landau. Since then, she has only visited her university campus a couple of times. She barely has direct contact with her professors.

“When my friends asked me how research at my university is, I didn’t know,” she told DW.

Alpdundar’s and Capella’s experiences are reflective of what Stefan Grundmann, a law professor at Humboldt University in Berlin, has observed. “The 50% of students who perform well in their studies but don’t score as highly as the top 5% are the ones who profit the most from in-person classes and the vibrant discourse that takes place there,” he told DW.

According to Grundmann, most students need in-person lectures to develop a deep understanding of the content.

The past semester marked a shift for many students, who are growing increasingly frustrated at the discrepancy between rules imposed on universities compared to other areas of public life.

While students have to remain socially distanced on campus, up to 10 people can “get wasted for fun” at a table in a pub, as Jakob Hofer, who studies at the Technical University in Munich, wrote in an open letter to the university’s administration.

Alpdundar says university students have been overlooked in Germany’s reopening plans. “Nobody talks about us. The discussion revolves around opening schools and the importance of supporting families and the elderly. I feel like we are being forgotten by politicians.”

But Peter-André Alt, president of the German Rectors’ Conference, says the slow reopening probably hasn’t featured prominently in political discussions because universities had an easier time switching to virtual classes than, for example, elementary schools.

“I recognize the complaints of students who say their personal situation is being overlooked. More empathy from politicians could have gone a long way,” Alt told DW. 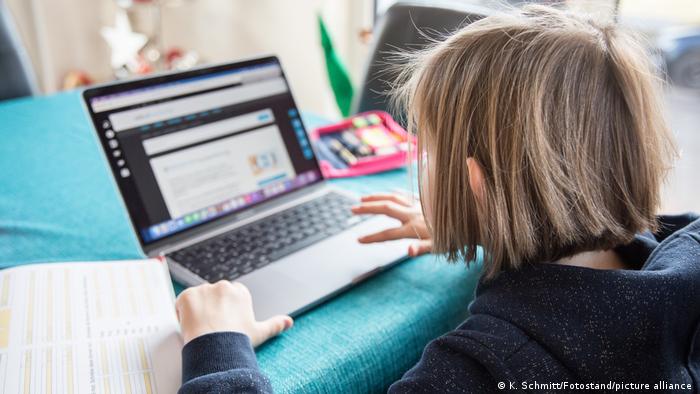 Kids learned less in home-schooling during lockdown compared to in-person class at school, some studies show

Among those hardest hit are some 320,000 foreign students who moved to Germany to study. Virtual classes have meant not only academic but also cultural isolation.

When Capella arrived in Landau back in autumn, she found the dorm all but empty. “Most German students just stayed home,” she told DW.

Alpdundar, who hopes to stay in Germany long-term, is worried about losing his footing in the country. “It has been a very lonely experience. I had no chance to meet people to improve my German. I was always proud of how well I speak German, but now my skills have definitely deteriorated.”

Many students from abroad decided against studying in Germany during the pandemic in the first place. Germany saw a nearly 30% decrease in international students last year, according to the Federal Statistical Office.

And while some universities, such as the University of Bonn, are offering support to international students through virtual Sprachcafes (language exchange meetups), virtual coffee chats, and online German classes, Alpdundar and many of his international friends say they want to avoid adding more screen time to their days. They would prefer to grab a coffee in person soon, within the tall walls of their baroque-style math building. Especially international students are missing out on the socializing that takes place outside of class, such as here in the Hofgarten at the University of Bonn

Hopes for a reopening

“The universities were closed long enough. They now need to open,” says Alt. He is optimistic that students can return to university buildings this coming winter semester, which starts in October. Most universities are already working on reopening plans, but have not yet published concrete announcements.

Current planning indicate that classes and small events might be able to take place starting in October if attendees are socially distanced and either vaccinated or tested; however, lecture halls will likely remain closed for the foreseeable future.

A hybrid model, with vaccinated students attending in person and others participating virtually, is not feasible for many universities, which lack the equipment for livestreaming in large lecture halls, according to Alt.

But despite optimistic planning, a recent rise in COVID-19 infection rates is casting doubt over students’ plans to return to classrooms. Grundmann is concerned.

“That could mean that for some students, they will be studying online for a third academic year in a row. The cornerstone of their education will have been laid virtually.” 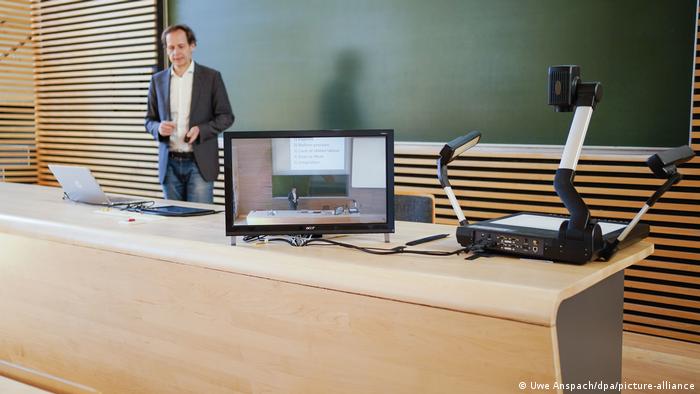 Smaller universities in particular lack the technical equipment to conduct hybrid lectures, which take place in person and are livestreamed simultaneously

Mis tuits
Germany: University students in the pandemic: ‘They forgot about us’ – Sarraute Educación María Magdalena

Sarraute Educación Germany: University students in the pandemic: ‘They forgot about us’
A %d blogueros les gusta esto: