Gov. Yahaya Bello of Kogi has promised a 30 per cent allocation to the education sector in the state’s 2022 budget.

This shows a 10 per cent increase from the current 20 per cent.

Mr Onogwu Muhammed, Chief Press Secretary to Bello disclosed this in a statement issued in Lokoja on Sunday. 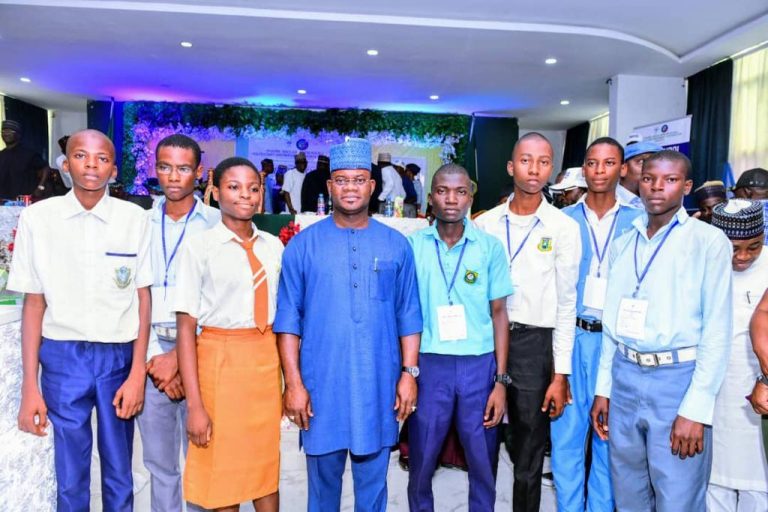 According to Muhammed, the governor made the pledge at the grand finale of the Pharmacist Abdulkareem Asuku Youth Empowerment Foundation (PAAYEF) inter-school quiz and debate competition held at Government House.

The governor also assured that teachers’ welfare would continue to be of priority to his administration.

“My government’s concentration will not only be on infrastructural growth in the sector, but a prioritised focus on the welfare of teachers to give leverage to public schools over their privately-owned counterparts .

“We will ensure that it is illegal for any student in the state to be out of school.

“We will also ensure that Kogi emerges first at the next West African Examination Council performance ratings through deliberate investment in the sector’’ Bello was quoted as saying.

Bello said also that the state was making efforts to ensure a safe and secure Kogi as no child would be abducted by any criminal under his watch.

The governor added that it was only when the state was safe and secure that students could go to school.

He expressed concern at the current dysfunctional education system in the country and said Kogi incorporated technical and specialised education in its school curricula to address the issue.

He cited the Korea Institute at the state’s polytechnic and the newly-established Confluence University of Science and Technology, Osara, as some of the achievements already made in that regard.

Bello used the medium to challenge government appointees and well-meaning individuals in the state to invest in human capital development, particularly in endeavours that would add value and have impact on younger generations.

In his remarks at the grand finale, Mr Asuku, founder of PAAYEF noted that it was fully supported by the governor who gave the platform and the encouragement for him and many others to engage in humanitarian ventures.

Asuku, who is also Chief of Staff to the governor, lauded the performances of various public schools in the Spelling Bee competition and the written essay.

He said their brilliant performances indicated that public schools in the state had great tendencies to perform excellently and were already showing the huge investments of the Gov. Bello-led administration.

Asuku expressed continued commitment to contributing to the lives of youths and young ones in the society.

Winners from the writing competition, Spelling Bees and the debate were rewarded with scholarships, school items and cash donations.

Others who led the writing competitions were Sanni Abdulazeez and Seidu Adavuruku both from Ebira Community Secondary School, Ogaminana and Aboh Ojochegbe from St Peter’s College, Idah.