By The World University Rankings 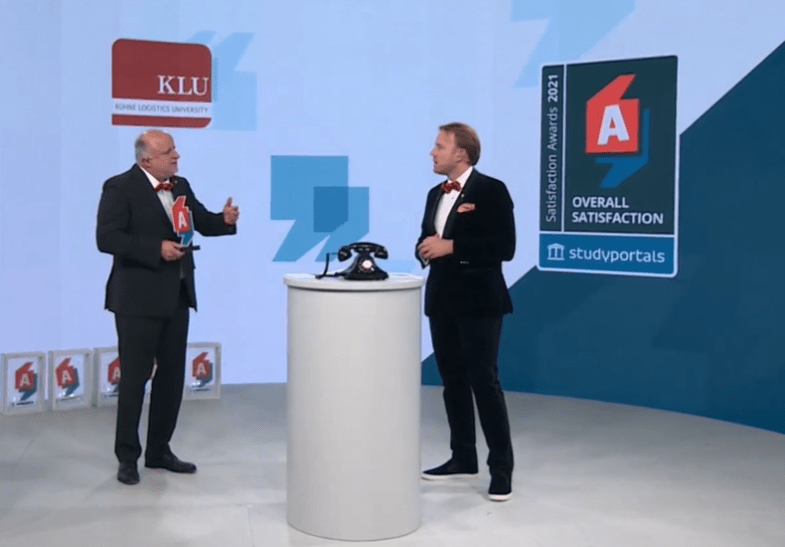 The Global Student Satisfaction Awards reveal which universities are the best in the world, according to students’ own experiences

Edwin van Rest likes to compare student satisfaction to the Academy Awards. The CEO and co-founder of global study choice platform Studyportals, which organises the Global Student Satisfaction Awards (GSSA), says the average rating for the 94 films that have won the Oscar for Best Picture is 7.9 out of 10 on IMDb. The average student satisfaction score for the universities included in the GSSA is 8.1 out of 10.

That is a “compliment” to the higher education industry, but van Rest says the awards aim to ensure student satisfaction remains prominent on the agenda of university leadership.

“Academic rankings are very important, but they don’t tell the full story. We think the awards are valuable and complementary for institutions and students. We hope to encourage universities to become a little bit more student-centric,” he says.

“We hope in the long term we can improve student satisfaction by rewarding the institutions that are doing well and exposing those that aren’t. It motivates institutions to do better and, if they do, they will attract more students who will do better.”

The awards, which started in 2013, grew from Studyportals’ mission to help students make more informed decisions about where to study. After having a “transformational experience” studying in Japan, van Rest co-founded the company to give students “transparent, unbiased” information from their peers.

“The first goal was to help students make better choices. And to make those choices not only based on the basic information you get from the university, like what the curriculum is and what the tuition fees are,” he says. “To understand how satisfied students are, but also for students to read about people like them at those institutions. It can be a scary journey if you’re from Vietnam or Ecuador and you’re 18 and you go to study in the UK, for example. [We’re] helping students understand that other people from Ecuador can be successful there or practise their religion or have their diet.”

Studyportals received more than 108,000 student reviews across 4,000 global institutions for the 2021 GSSA, of which 444 had enough reviews to qualify for the awards. At the awards ceremony in October, keynote speakers included Francesc Pedró, director of Unesco’s Institute of Higher Education, and former Netherlands prime minister, Jan Peter Balkenende.

Van Rest said student feedback identified five areas that “really made a difference” to students during the pandemic. They are: proactive communication, for example ensuring students know what is expected of them; empathy; clarity of information and easy-to-find resources; encouraging routines; and providing additional support, particularly mental health support.

The winner of the overall student satisfaction award was Kühne Logistics University (KLU) in Hamburg, Germany. The institution, which has only been operating for 11 years, makes the student experience a key focus, says president Thomas Strothotte.

“We’re a young and small institution and for those reasons we don’t turn up in some of these rankings, which are geared towards large, established institutions,” Strothotte says. “Other rankings assess the institution’s footprint in society. The GSSA measures the impact on the individual and we have a very positive one for our students.”

KLU ensures there are “touchpoints” for students to provide feedback to staff and faculty at every stage of their journey, from the admissions process to graduation and beyond. University leaders take a proactive approach to engagement, with Strothotte meeting with the student representatives on a quarterly basis.

“They can tell me anything they want. Any ideas they have, any gripes, if something didn’t work or did work particularly well – I want to know,” he says. “The students know that if they come up with an idea, we will take it seriously. We’ve implemented quite a few great ideas that have come from our students.”

Strothotte says the awards encourage recognition of higher education’s “hidden champions” – small but highly successful institutions with a specific focus that may not be well known in the wider industry.

“I would consider us one of these hidden champions. People may not know there is such a thing as a logistics university, but we are very good at what we’re doing,” he says. “If a student wants to be in a famous place, we might not yet be the right choice. If they are looking for a place where their needs and career goals are taken care of excellently, that’s us.”

must pay attention, Students have spoken, to student satisfaction, why universities must