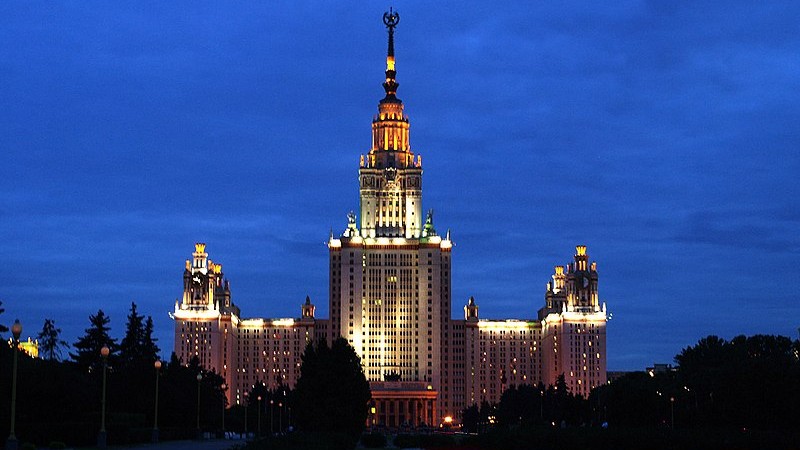 Apparently, Russia is conducting its war with Ukraine on two battlefronts now. The first, obviously, is with their Ukraine invasion. The second, and probably not too shocking, is inside the Kremlin and directed at Russian students in their universities. Those opposed to the Russian invasion of Ukraine and who are speaking out about it are being expelled.

Although the Russian universities have stepped up in ratting out Russian student dissidents, the Kremlin is also doing its part as well. The Russian Ministry of Internal Affairs, in their escalation of the free speech crackdown, recently ordered the St. Petersburg State University to expel 13 students. These Russian students had participated in various antiwar protests.

The Anti-Corruption Foundation is a Moscow-based nonprofit run by its executive director and Russian activist Vladimir Ashurkov, who estimates hundreds, if not more, of students, have been expelled. On top of the Anti-Corruption Foundation, Ashurkov also is part of the Freedom Degree project. This entity takes on issues concerning Russian students’ expulsions and says over the past few weeks the requests have grown tremendously. “Many of the letters we receive begin with: ‘I’m very scared,’” Ashurkov said to Times Higher Education. “Some of them are trying to challenge the expulsion and to re-enroll; some of them are looking for opportunities to transfer to another university, including foreign options; some of them are just shocked and frustrated, but all of them need advice and moral support.”

Ashurkov said that even if certain universities don’t go as far as expelling Russian students, they use scare tactics that are “blatant and offensive, and they target the brightest and most promising students.” Not only that, claims Ashurkov, but some students have been fired from laboratories and some have been rejected by their supervisors. Some of these Russian students have been told that because of their antiwar status that they will even have trouble defending their theses.

In one story concerning Russian students, Ashurkov says they were told by their university that they should apply for academic leave so they can “volunteer to help rebuild the destroyed cities of Ukraine because it will help their protest energy to find a better use.” A female Russian student was told that she better get married quickly so she can change her Ukrainian surname. Ashorkov claims that university administrators go above and beyond in their pursuit of offending the pupils. “We have the impression that university managers are playing the key role in the attempts we’re seeing to silence students-–not an order from above.” He isn’t the only one who has seen this.

School of Higher Economics University in Moscow professor, Dmitry Dubrovsky, does not disagree with that assessment. He claims that those inside the university offices have been going over social media with a fine-tooth comb trying to find those Russian antiwar students to lean on them to get rid of their antiwar posts. Dubrovsky claims that Russian Universities are moving away from prior warning talks they’d have with students to now making “direct threats” against them.

Expulsion, though, may be the least of Russian students’ worries. Anyone who wishes to challenge the Kremlin’s final word on the “special operation” in Ukraine faces up to 15 years in the gulag. Since February, over 15,500 people have been detained for their antiwar stance behind the Iron Curtain.

“Young people lose years being under arrest. They even cannot physically complete their studies or research, and often they are immediately expelled under any pretext,” said Ashurkov of the Russian students. This number only looks like it will increase as long as Vladimir Putin and the Kremlin continue their military dismemberment of Ukraine.

conducting its war with Ukraine on two battlefronts now, Russia Is Expelling Students, That Oppose War