Even though the international community has made the education of girls a key demand for any future recognition of the Taliban administration, Afghan girls face an uncertain future under the new regime.

When the Taliban took control of Afghanistan in August 2021, the future of Afghan women and girls immediately became shrouded in question marks. Immediately after seizing power, the Taliban imposed harsh restrictions on the rights of women to be educated. A ray of hope came when the Taliban announced the reopening of secondary schools. However, the hopes were quickly dashed as the Taliban backtracked on their earlier promise and decided against opening schools to girls above the sixth grade.

More than eight months after the Taliban came back to power, India Today team visited schools and universities in Afghanistan to take stock of the ground reality in the war-torn nation.

All schools were closed because of the Covid-19 pandemic when the Taliban took over last year, but only boys and some younger girls were allowed to resume classes later.

At a primary school in a remote village in Balkh province of Afghanistan, the children have returned to their classes. But the school not only lacks proper infrastructure, even the teachers working here are not getting their salaries.

Most of the teachers who are working under the UN education programme have not been paid.

Meanwhile, the barrier to girls’ education remains with girls above 16 not being allowed to attend colleges and universities without covering their faces. The Taliban have also banned co-education in the country.

Speaking to India Today, a college-going Afghan girl said, “We are facing lot of problems here. We are not being allowed without face and body cover in universities, and also co education is banned. Girls come to the college in the first half and boys are only allowed in the second half after girls have left the premises completely.”

The world leaders have condemned the Taliban’s stance on education of Afghan girls. But despite the criticism, the Taliban are adamant in making sure that the educational institutions follow the strict guidelines. 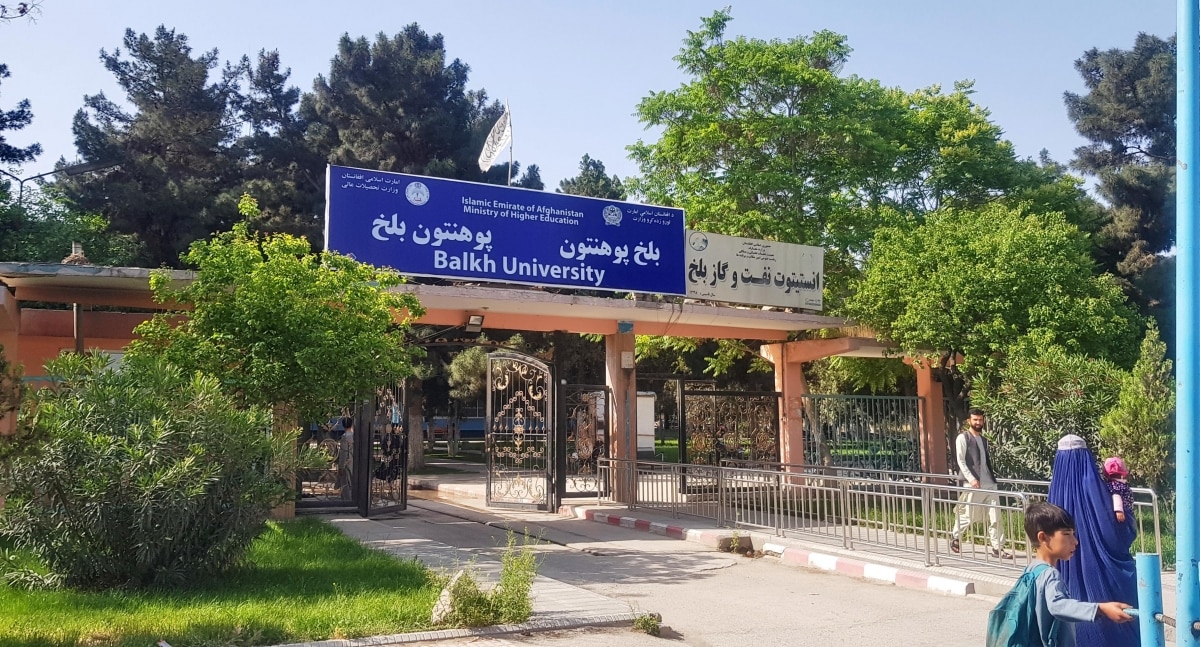 A view of the Balkh University in Afghanistan. (Image: India Today)

Previously, when the Taliban were in power from 1996-2001, the group had banned female education and most employment for women.

After the Taliban seized power in Afghanistan in August 2021, the international community has made the right to education for all, a sticking point in negotiations over aid and recognition of the new regime, with several nations and organisations offering to pay teachers.