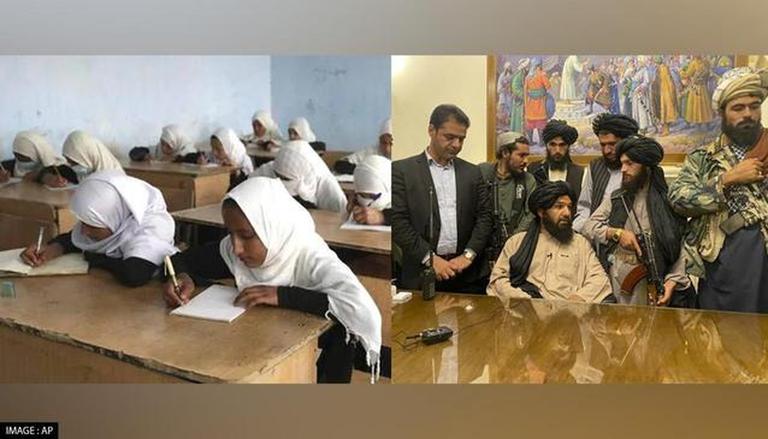 Amid massive backlash from across the world over serious breaches of women’s rights, Afghanistan on Friday, May 6, announced the reinstation of female teachers of the Nimroz Education Department. These teachers had lost their jobs after the fall of the Ashraf Ghani administration and the subsequent Taliban takeover in August last year, ANI reported citing TOLO News. It is pertinent to mention here that ever since the Taliban took over Afghanistan last year, the extremists have been imposing new, harsh rules upon civilians, many of them hampering basic rights for them, predominantly for women.

Now, Mawlawi Yar Mohammad Haqyar, the director of the Nimroz Education Department, has confirmed the development. Haqyar avered that the reappointment of 196 teachers “may occur soon.” The teachers and officials of Nimroz schools have stated that they have been witnessing a shortage of female staff in the province. Female teachers of Afghanistan who lost their jobs earlier have expressed happiness at the decision of the Education Department to reinstate them, ANI cited Tolo News. Lima, one of the teachers, said that she was not teaching students for the past eight months. She urged local Afghan officials to provide work opportunities to her and other female teachers. According to Lima, the reappointment of female teachers will be made without conducting their exams.

“The Islamic Emirate has provided the opportunity for us to return to our duty without an exam. I am very happy and I ask the teachers who have left to come back,” Lima said as per ANI.

Scholars call on Taliban to reopen schools for girls

Meanwhile, female students of classes 7th to 12th continue to remain deprived of schools as the Taliban regime has closed all secondary schools for girls. The decision of Taliban regarding education of girls has been condemned by the international community. Several activists and Islamic scholars have called on the extremist group to allow the reopening of schools for female students from grade 7. Scholars have issued a five-point resolution urging the Taliban to reopen the schools for girls from grades 7 to 12. “We, the religious clerics in Paktia, call on the Islamic Emirate to facilitate the grounds for the education of girls under an Islamic structure,” scholars said in a statement, ANI reported citing Tolo News. Meanwhile, the Taliban’s interim Education Ministry has assured to reopen schools for girls in the near future.