A German-Polish history book series was launched to bring the countries closer together. The latest edition, however, has not been accredited in Poland.

Speaking at European University Viadrina in autumn 2006, Germany’s then-Foreign Minister Frank-Walter Steinmeier outlined an initiative to strengthen German-Polish ties.”Maybe would not be impossible to launch a joint German-Polish history book in the medium term that promotes better mutual understanding,” he said.

His idea could not have come at a worse time. Poland was governed by Jaroslaw Kaczynski, of the national-conservative Law and Justice (PiS) party, which distrusted Germany and showed little interest in the undertaking.

That changed in autumn 2007, when a new government took charge in Warsaw, and Polish Foreign Minister Radoslav Sikorski finally gave the go-ahead for the four-volume textbook project. In May 2008, Sikorski and Steinmeier announced its official start. The Joint German-Polish Textbook Commission, founded in 1972, played an important role in assisting both governments in realizing the project, which was meant to ensure German and Polish schoolbooks promote neither biased nor nationalist narratives.

In 2016, German and Polish leaders celebrated the publication of the first volume in the “Europe. Our History” series. Four years later, the fourth and final edition was published. But the political mood in Poland had changed once more since then, as PiS has taken over once again. 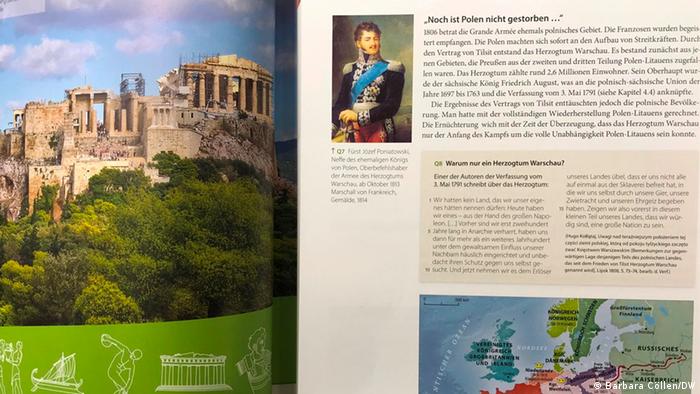 The joint textbook has been in the works since 2008

Nevertheless, the four-volume textbook has been accredited for use in schools throughout Germany — except for in Bavaria. Poland also licensed three volumes for teaching purposes, except for the final edition, covering the period from the outbreak of World War II up until the present.

Polish decision-makers have often instrumentalized this particular period of history to discredit political adversaries at home and abroad. Several Polish experts gave the textbook a negative review. A report commissioned by Poland’s Education Ministry come to a similar verdict. The fourth and final edition of the textbook series had not, therefore, been licensed for Polish schools.

“Multiple perspectives and an openness towards controversy are the strong points of the German-Polish textbook,” said Peter Gautschi of the University of Pedagogy in Lucerne, Switzerland.

He praised the book for contrasting Germany’s and Poland’s different approaches towards reflecting on and coming to terms with their history. Yet this is precisely what bothers Polish decision-makers. 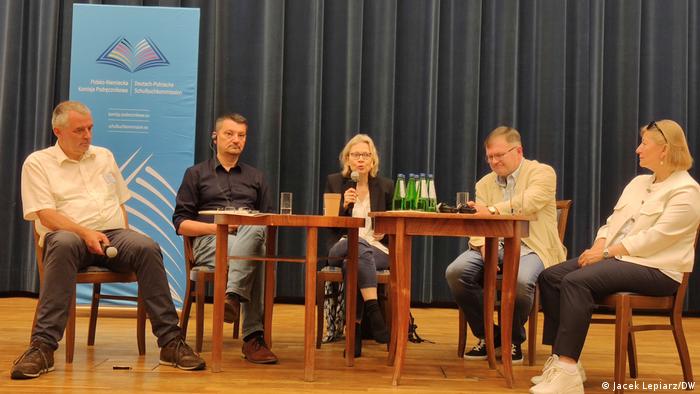 Bias, or no bias?

Polish historian Robert Traba, who until 2020 co-directed the joint textbook commission, has criticized his colleague Grzegorz Kucharczyk for penning a “tendentious” review of the textbook. He says Kucharczyk did not assess the book itself, instead, he “presented his version of history.”

Kucharczyk is a well-respected expert on Prussia. He also works as a commentator for Poland’s Christian-conservative Radio Maryja and Roman Catholic newspaper Nasz Dziennik. He takes issue with the German-Polish textbook’s critical view of the 1944 Warsaw Uprising — something Poland’s conservatives regard as irreverent.

Hans-Jürgen Bomelburg, who also co-directs the textbook commission, feels deeply disappointed by Poland’s refusal to endorse the fourth edition. “I think it is sad because this book provides an appropriate account of Polish history,” says Bömelburg. He does not understand why the Polish government is blocking the book.

While Poland’s Education Ministry has not recommended the fourth and final edition for use in schools, it can still be used as a supplementary learning material. Most teachers in Poland, however, prefer officially endorsed books in order not to anger their superiors. In addition, less money is made available for supplementary materials.

Traba says it is unacceptable that the last edition has not been jointly presented after its publication because of Poland’s disapproval. “This breaches the agreement.”

Polish publishing house Wydawnictwa Szkolne i Pedagogiczne has withdrawn the divisive book from the licensing process, hoping this will spare it from formal rejection by the minister. A spokesperson has said “we will re-submit the book for licensing.”

When this will happen and whether the Polish government will change its mind remains open.