We have a low-quality, pro-private, hierarchical school system. A vast majority of marginalised parents are not even sure if the education their children get will help them realise a decent living.

As the country waves flags and celebrates the 75th anniversary of India’s independence, it is also time to take stock. What did India’s founders and citizens dream of, how has India fared, what have been our challenges and successes?

The Wire’s reporters and contributors bring stories of the period, of the traumas but also the hopes of Indians, as seen in personal accounts, in culture, in the economy and in the sciences. How did the modern state of India come about, what does the flag represent? How did literature and cinema tackle the trauma of Partition?

Follow our coverage to get a rounded view of India@75.

At the time of Independence, Indian leaders were aware of the dismal state of education in the country. Crude literacy in undivided India was only 16% because of the low penetration of basic education, which could be attributed not only to the British government’s apathy towards the development of the Indian masses but also to the culture of denial of education to the underprivileged sections of society, including women.

Therefore, while enacting the constitution, pro-education and anti-caste groups demanded that education be made a fundamental right. However, others were not interested in changing the status quo, citing the non-availability of resources to fulfil a constitutional commitment. In this competing political atmosphere, the Constituent Assembly in 1949 adopted Article 45 as a non-judicial provision of India’s constitution which directed the state to provide, within ten years, free and compulsory education to all children until they attain the age of fourteen years.

Literacy rose merely to 24% in ten years. To rectify the situation, the government appointed Kothari Commission (1964). Among other things, the Commission recommended the introduction of a common public education system and a gradual increase in government investment in education from the then 2.9% of GDP to 6% by 1985-86. As we know, these recommendations of the Kothari Commission stand unimplemented even after 55 years!

J.P. Naik (1982), a renowned educationist and member-secretary of this Commission, was deeply critical of the progress made by the Government of India on the Commission’s recommendations, saying “no political party in the country is committed to the radical reconstruction of education”.

In this environment of reluctance, the constitution was amended in 1976 to make education a “concurrent” subject, whereby both the Union and state governments could formulate policies on education, allocate resources and enforce implementation. It was earlier the exclusive right of the state governments. In 1986, the Union government issued a new National Education Policy (NEP) to fix education problems that included a section on “making the system work”. This policy, along with its revision in 1992 and the Program of Action, became the guiding policy of the Government of India and the states for subsequent initiatives.

Launched in 1988, Operation Blackboard was one such initiative aimed at providing minimum essentials in the schools, such as teachers, infrastructure, and teaching and learning material. Evaluations of this initiative suggest that its achievements were well below target (PROBE, 1999; Dyer, 2000). In 1994, the Government of India started the World Bank-funded District Primary Education Programme (DPEP) in some selected districts to improve enrollment, reduce dropouts, and improve learning outcomes using a decentralised planning model.

Whereas some scholars saw hope in the district-level, decentralised model to improve the prospects of implementation, Krishna Kumar, former head of the NCERT, was deeply critical of it. According to him, the DPEP was just a smokescreen to hide the pitfalls of structural adjustment that India embarked on in 1991 and failed to realise even the lowered (compared to international benchmarks) expectations of minimum levels of learning. Kumar observed that DPEP damaged Indian education by lowering the quality and stature of teachers through the temporary hiring of para-teachers and by encouraging substandard alternative schools.

In this historical context of reluctance, sub-optimal policy design, and poor implementation, the Sarva Shiksha Abhiyan (SSA) was brought in 2000 by the state. Under pressure from the rising aspirations of the victims of caste in the post-Mandal era and the global movement for Education for All that started in 1990 at Jomtien, for the first time, the notion of universality was brought into education policy.

The Right to Education (RTE) Act, which came seven years after the 86th constitutional amendment and almost 50 years after the promised date in the constituent assembly, did not propose radical structural reforms needed to provide equitable quality education to all by making necessary changes in the institutional and policy ecosystems and continued the SSA policy of universalising low-quality education. 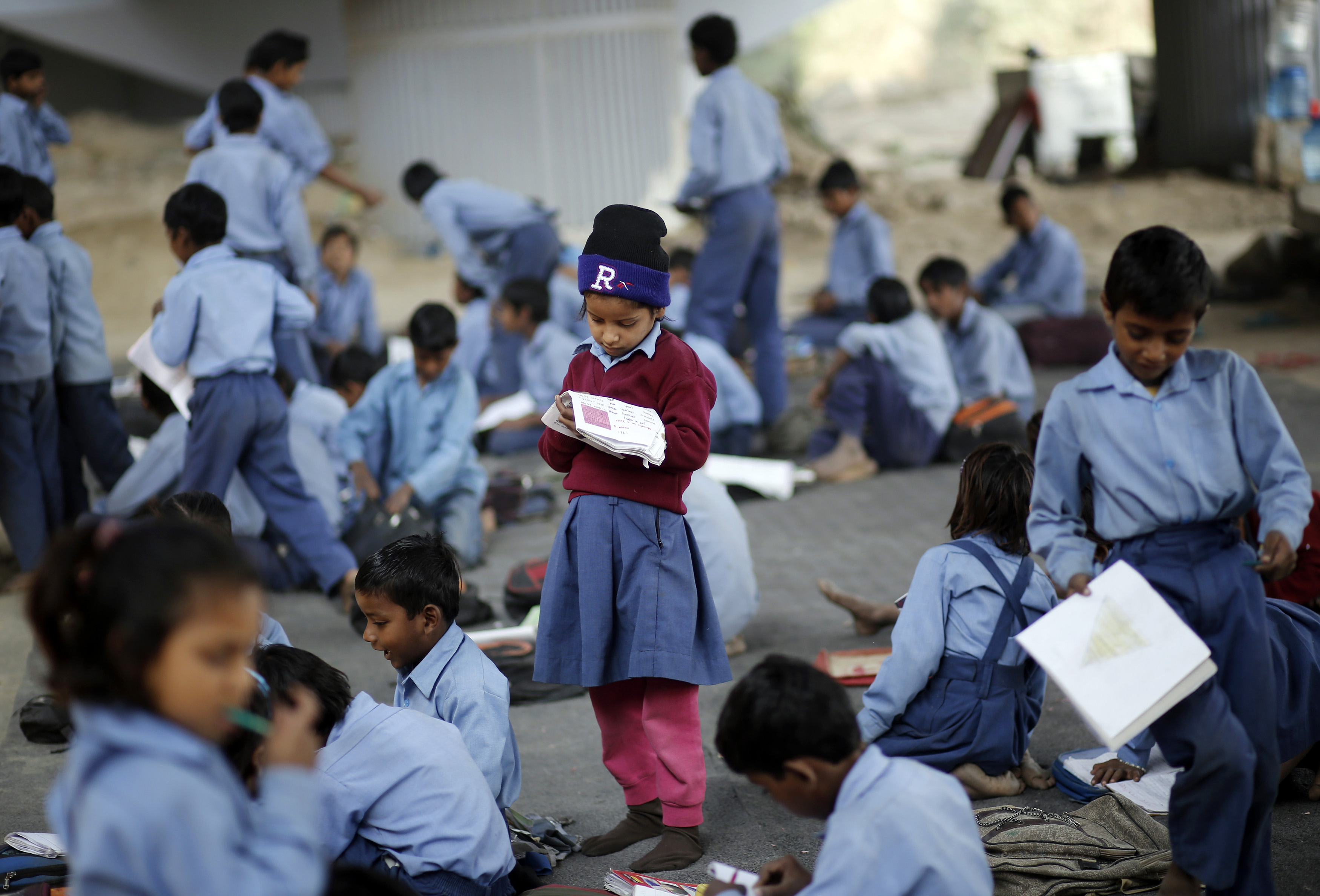 The results speak for themselves. After 75 years of Indian independence, we have a low-quality, pro-private, hierarchical school system. A vast majority of poor and marginalised parents are not sure if the education their children get will help them realise a decent living if not an egalitarian social and economic order as the preamble and directive principles of state policy promise. Ironically, the hierarchical education system in India matches the graded inequality that signifies the caste system, with RTE norms made inferior to CBSE norms. The rich send their children to well-managed unaided private schools, and the poor are left with not-so-well-managed low-fee private schools and sub-optimally designed and inadequately resourced government schools.

After 75 years of taking the reins of power from oppressive British rule, why are we still struggling to provide universal, equitable, and quality elementary education to our children? One explanation could be that universal education was not a part of the natural sentiment of Indian leadership. According to Weiner, who studied child labour and education policy in India, India’s governing elites lacked conviction about the efficacy of universal education.

Another question that should bother enthusiastic flag-bearing Indians is whether unequal education can help us realise the goals of social, economic, and political justice and equality of status and opportunity envisaged in the Indian constitution. In 1956, Dr B.R. Ambedkar warned us about the danger of social reproduction through education:

The question is will we take this opportunity of India at 75 and reflect and allow education to become an instrument of social change or make some of us feel disheartened again after 25 years about 100 years of unequal education?

Tanoj Meshram is associate professor, Management & Society, and chairperson, Post Graduate Programme in Development Management (PGPDM) at SPJIMR, Mumbai. He has been working and researching education policy for over a decade