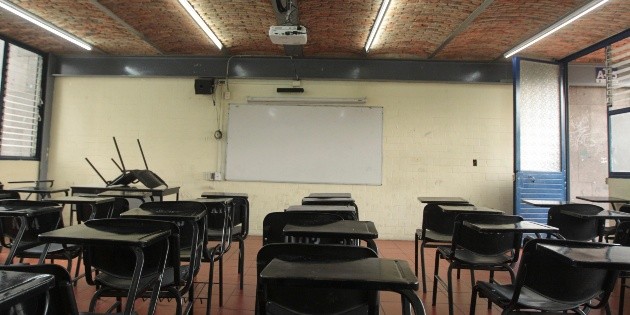 Today the Unesco warned of a global crisis of teacher shortages and noted that 69 million teachers are needed across the planet to achieve universal basic education by 2030.

In a statement on the occasion of the World Teachers’ Daywhich is celebrated this Wednesday, October 5, the United Nations Educational, Scientific and Cultural Organization (Unesco) called on governments to intensify their support to the teaching sector, in light of the “difficulties” for “retain your staff and attract new talent”.

Where is the greatest deficit of teachers?

According to the agency HIMthe largest teacher deficit is in sub-Saharan Africa, which has “some of the most overcrowded classrooms in the world,” the “most overworked teachers,” and “understaffed” education systems.

“Lack of training, unattractive working conditions and inadequate funding are factors undermining the teaching profession and exacerbating the global learning crisis”noted in the statement Audrey AzoulayCEO of the organization.

How many teachers are required to achieve the goal of universal basic education?

The forecasts of the Unesco indicate that, to reach the goal of universal basic education of the 2030 Agenda, globally 24.4 million additional teachers are needed in primary education and 44.4 million in secondary education.

The region with the second largest deficit is South Asia, where an additional 1.7 million primary and 5.3 million secondary teachers will be needed.

What are the aspects that UNESCO asks to be reviewed?

Among the aspects that require progress, the Unesco emphasized improving the conditions of teachers, especially with regard to workload.

In low-income countries, each primary teacher has an average of 52 students per class, while the world average is 26.

The Unesco also affected improve teacher training and take care of their living environment in the most disadvantaged and remote areas, especially for female teachers.

The crisis of the profession is also accentuated by the non-competitive salaries.

The data of the Unesco show that 6 out of 10 countries pay primary school teachers less than other professionals with similar qualifications and that the difference is more notable in more developed nations.

“Only 3 high-income countries have a commendable salary policy for teachers: Singapore, with a median salary equal to 139% of comparable professions, Spain (125%) and South Korea (124%),” detailed the agency of the HIM.

UNESCO: the organization warns that there is a global deficit of 69 million teachers

Mis tuits
UNESCO: the organization warns that there is a global deficit of 69 million teachers – Sarraute Educación María Magdalena

Sarraute Educación UNESCO: the organization warns that there is a global deficit of 69 million teachers
A %d blogueros les gusta esto: