The cost of living crisis. An interest rate of 2.25%. Asserting control over the Conservative Party — who have a large majority in Parliament but splintered on critical issues.

These are the challenges that Rishi Sunak must overcome as Britain’s next prime minister. The 42-year-old former chancellor of the Exchequer (that refers to the government’s chief financial minister) will replace Liz Truss after her economic agenda — 45 billion pounds of tax cuts — sunk the pound and panicked financial markets.

Apart from being the first person of South Asian descent to lead Britain, Sunak rose to his position in just seven years: the fastest rise in the modern era of British politics.

Sunak could also be the first millennial to enter Number 10 Downing Street. After all, the social-media savvy ex-chancellor owns an 180 pounds smart mug and uses a Peleton exercise bike.

With that, you might wonder: is he too young to lead the UK out of its economic and political crisis? To answer that, let’s take a look at Sunak’s education journey to see who Britain’s new Prime Minister really is and the potential broader implications for the country: 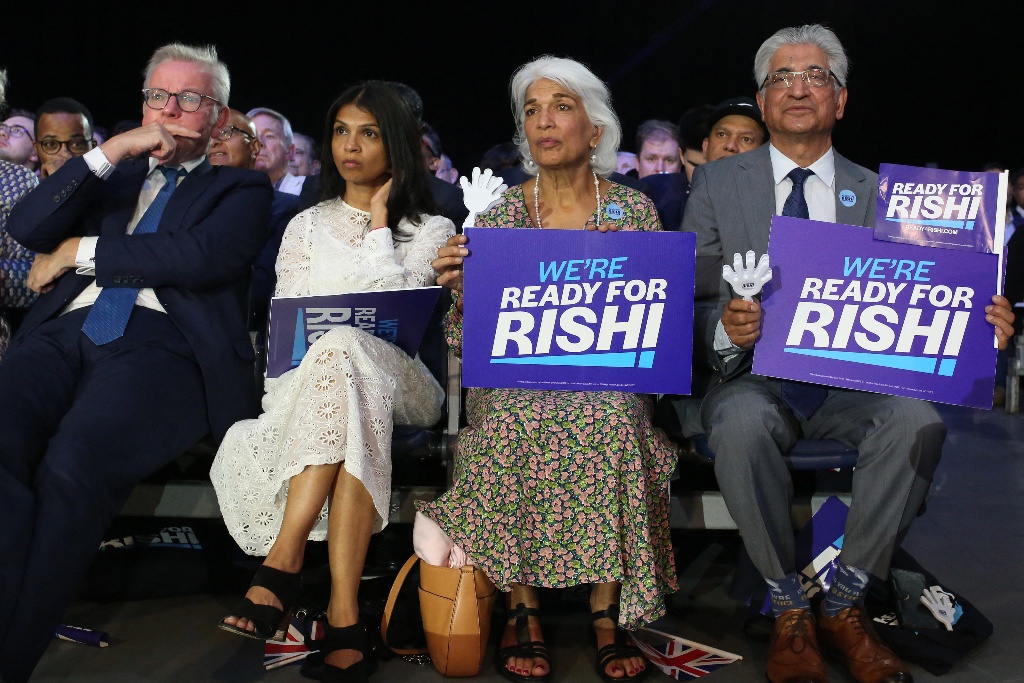 Akshata Murthy (pictured second from the left), the wife of Rishi Sunak, sits with his parents Usha and Yashvir Sunak, and Conservative MP Michael Gove (pictured on the left), as Britain’s former Chancellor of the Exchequer takes part in the final Conservative Party Hustings event at Wembley Arena on Aug. 31, 2022. Source: Susannah Ireland / AFP

The education of Rishi Sunak: Britain’s next prime minister

Sunak was born into a family with immigrant roots. His mother and father were born in Tanzania and Kenya, respectively. They met and married after their families migrated in the 1960s to Southampton in southern England.

Growing up, Sunak shuffled through multiple schools — including the Stroud School in Romsey, where he served as Head Boy.

“We congratulate former Head Boy, Rishi Sunak, on becoming Prime Minister. We hope that his education at Stroud, King Edward VI Preparatory School will have given him the foundations to lead through challenging times with integrity and compassion. We wish him every success and a Happy Diwali,” states the school’s website.

Sunak would later join Winchester College, an exclusive private school that produced no fewer than six chancellors of the Exchequer — thanks to his parents. “My parents sacrificed a great deal so I could attend good schools,” explains the Member of Parliament for Richmond.

Here, pupils are treated like young men, not children. This was something that Sunak particularly appreciated. Michael Ashcroft, author of “Going for Broke: The Rise of Rishi Sunak”, explains:

If Winchester College taught Sunak the importance of independence and self-motivation, his time at the University of Oxford would shape him to cope well with pressure.

“He was one of just nine undergraduates accepted to study philosophy, politics and economics at Lincoln College (one of the constituent colleges of the University of Oxford) and there was no hiding place,” explains Ashcroft.

“In addition to attending lectures and tutorials during his first year of study, he was expected to read widely around all three subjects of his degree and produce two essays a week, the contents of which would be dissected by dons, often in front of other students.”

On top of his studies, Sunak was not afraid to explore his passion and interest. He served as the president of the Oxford Trading and Investment Society, which provided students with opportunities to learn about financial markets and global trading. Sunak was also a “natural at ballroom dancing”. 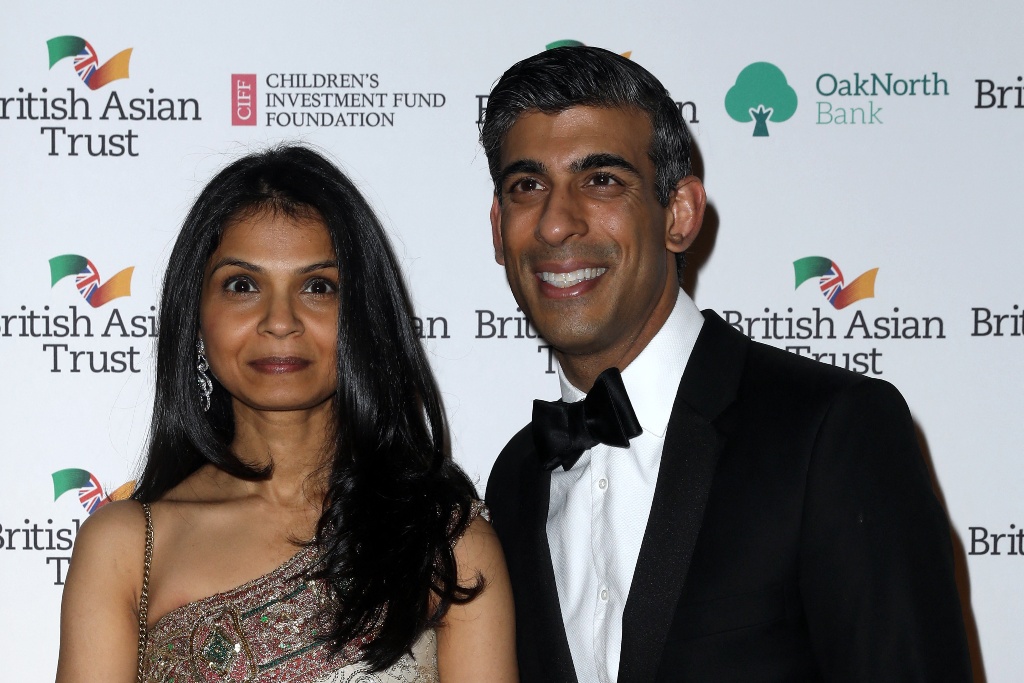 After graduating from the University of Oxford in 2001, Sunak became an analyst for Goldman Sachs, working for the investment banking company until 2004.

Then, he pursued his Master of Business Administration at Stanford University under the prestigious Fulbright scholarship.

Asked how his time at Stanford impacted his mindset today, Sunak shares on his Facebook: “I told him, other than an appreciation of the weather, it’s also a home of entrepreneurship, creativity, innovation, and those are probably the most important ways being out there in the US changed my life in terms of the trajectory that I was on. It broadened my mindset considerably because you’re in that world surrounded by that culture. I’ve tried to bring that into my job here.”