After the new education policy adopted by the Centre, the discussion about the formation of an education commission started in Uttar Pradesh. 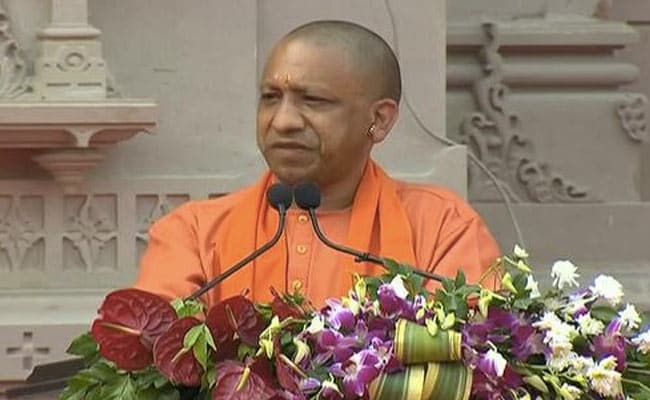 Yogi Adityanath will chair the meeting regarding the formation of the state education commission.

The Yogi Adityanath government in Uttar Pradesh will soon set up an education commission.

Chief Minister Yogi Adityanath will chair an important meeting on Tuesday regarding the formation of the state education commission.

Senior officials including the Principal Secretary, Higher Education to discuss the formation of the commission.

Sources said there will be a discussion on new changes and formats regarding higher education, secondary education and basic education.

After the new education policy adopted by the Centre, the discussion about the formation of an education commission started in Uttar Pradesh.

In order to strengthen the health infrastructure of the state, the Yogi Adityanath government will start 4,600 health ATMs in all wellness centers and medical colleges in every district, informed the government on Sunday.

According to an official release, the process of appointing expert personnel to assist the people at all health ATMs has also been expedited.

With its launch, the patient will be able to get the facility of 60 tests. Teleconsultation facilities will also be available at health centers. Furthermore, all the PHCs and CHCs of the state will be connected with SGPGI and people will not have to run to the medical college for minor problems. At the same time, the facility of medical colleges will also start in almost all the districts of the state this year. Work is going on in this direction on a war footing,” it said.

The Yogi Government’s special focus, for this year, will be on the health sector, law and order, tourism, education, and infrastructure development.

The Government wants to ensure that the people of the state get better health facilities as well as technology-based education.

The government will give emphasis on making the state’s education system smarter with the help of the latest technologies in the new year.

“Children will be given education through smart classes at basic, junior, and secondary levels whereas two tablets each will be given to each school. Besides, from the New Year attendance will be marked through the face reading of the children,” it further said adding that 77 textbooks will be available on QR code while pocket charts of the syllabus will be provided to the teachers.

Efficient assessment tests will be conducted for the children of the state’s primary and upper primary schools through the simple app. Along with this, Skilled India Monitoring Center will be established at the state level. On the other hand, to make the high school and intermediate board examinations more transparent, the vehicle carrying the question paper will be equipped with GPS and its route will also be decided.

Uttar Pradesh State Industrial Development Authority (UPSIDA) has prepared a landbank of more than 15,000 acres as part of the Yogi government’s goal to make the state a $ 1 trillion economy and to strengthen the infrastructure so that global companies coming to GIS-23 do not face any problem in setting up their plants and projects in the state.

Along with this, UPSIDA has started efforts to improve connectivity with the landbank. The authority has also started the process of taking over the land of closed units of spinning mills, 150 acres of Scooter India Lucknow, 500 acres of Ghaziabad, 250 acres of Hardoi, and other village societies. On the other hand, UPSIDA is constructing dormitories and community toilets on a war footing for the workers of industrial areas.

The Government also will plan to strengthen the infrastructure of the rural areas of the state.

Chief Minister Yogi Adityanath has directed officials to organise Chaupals in rural areas to solve problems faced by villagers and give momentum to the development of villages from January.

“On the instructions of the Chief Minister, Gram Chaupal would be organised in three-gram panchayats of each development block every Friday from January. The District Development Officer, Project Director, District Rural Development Agency, and Deputy Commissioner will participate in the Choupal in 2500 villages of the state to discuss employment and self-employment opportunities. The officers will also listen to the problems of villagers and resolve them. Besides, a progress report of the ongoing development works will be prepared and submitted to the government along with the requirements of villages. It will accelerate developmental works in rural areas in 2023,” Rural Development Commissioner GS Priyadarshi said.

Post a comment(Except for the headline, this story has not been edited by NDTV staff and is published from a syndicated feed.)

FEATURED VIDEO OF THE DAY